Jonathan Smith filmed, edited, and directed the film They Go to Die. He is a lecturer in Global Health and Epidemiology of Microbial Diseases at Yale Uni­ver­sity and an affiliate of the Yale Global Health Leadership Institute, where he researches epidemiology of TB and HIV in the con­text of migrant pop­u­lations. For his extensive work at as an ethnographic researcher and for creativity in the field of global health, he was awarded the Yale Global Health Leadership Institute Field Experience Award (2010), the distinguished Lowell S. Levin Award for Excellence in Global Health from Yale University (2011), and the International Tuberculosis Survival Prize from the Lilly MDR-TB Partnership (2011). Since he began researching the issue, he has been invited to speak on the intersection of TB, HIV, and human rights at universities both domestically and internationally. 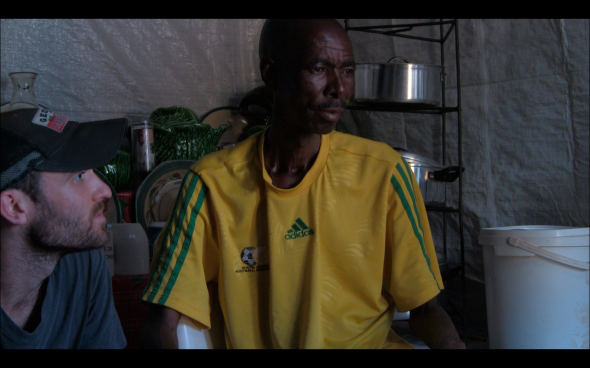 He received his Masters of Public Health degree from Yale University. Before his research on this topic, he grad­u­ated with a Bach­e­lors of Sci­ence in Biol­ogy and Chem­istry from the Uni­ver­sity of Geor­gia where he researched cell signaling pathways in ovarian cancer and later Human Mucolipidosis II. Soon after grad­u­a­tion, he began his global health work in South Amer­ica, where he devel­oped hepati­tis B vac­ci­na­tion strate­gies for rural com­mu­ni­ties. It was this expe­ri­ence that brought him to the real­iza­tion that many pub­lic health mat­ters can­not sim­ply be cap­tured by tra­di­tional meth­ods such as sur­veys and inter­views, and created in him an appreciation for the con­cept of immer­sion into the very com­mu­nity at risk for disease. He is currently spearheading the Visual Epidemiology Project at Yale,  an effort to combine data-driven academic dialogue with an individual, story-driven component.

In regards to his ethno­graphic research, Smith writes, “A nar­row focus on a typ­i­cally broad pub­lic health mat­ter affords us the extremely impor­tant oppor­tu­nity to add nuance as well as lev­els of depth and com­plex­ity to our under­stand­ing of broader health pat­terns and vul­ner­a­bil­i­ties. You must not under­mine the rich­ness of depth and explana­tory detail that such micro­analy­sis can afford to an under­stand­ing of the con­tex­tual dynam­ics and con­tra­dic­tions that influ­ence health behavior.”

You can contact Jonathan about They Go to Die or any of his other projects at: jonathan.p.smith@yale.edu or jonathan.smith@theygotodie-movie.com