Anatomy of an Epidemic: The Public Health Impact of the AngloGold Litigation 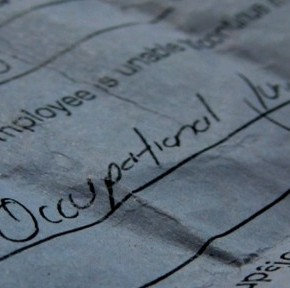 There are a lot of public health mysteries; countless diseases have layers of complexity requiring a sophisticated knowledge of epidemiology.This is not one of them. This is basic public health. And this is a public health disaster.

For context of this article, a precedent-setting case for South African miners was won on March 3rd 2011. In short, in a surprising decision by the Constitutional Court, the recent overruling of the Supreme Court of Appeal’s judgement made in 2008 has broken ground for thousands of former miners stricken with the deadly diseases of tuberculosis and/or silicosis to make direct claims against their employer. Now, eighteen former mineworkers are taking Anglo American South Africa (AASA) to court, claiming they developed silicosis and tuberculosis from prolonged underground exposure to silica dust.

“You can pre­dict where minework­ers pri­mar­ily migrate from based on the level of wid­ows in the com­mu­nity. Does any­one else find this com­pletely absurd?”

And as if Hollywood scripted the setting, the former AngloGold Ashanti worker in the initial case, Thembekile Mankayi, tragically died six days before the monumental ruling due to complications with silico-tuberculosis But Mankayi is not a martyr, actually far from it. The only difference between him and tens of thousands of mineworkers every year is the fact that his death was noticed.  The methodical exodus of these deathly ill, highly infectious men has been practiced for well over a century, but these deaths are hidden in the crevices of Africa – far from the courtrooms of Johannesburg.  These deaths are equally as painful, however, and even more devastating to the families of these workers.

I will cut past the human rights talk. The importance of this transcends the obvious human rights violations and one does not even have to discuss ethical considerations to support this ruling.  Plus, I need you to pay attention, this is important. I am interested in public health – it is not about who is good, who is bad. This issue, quite simply, is about public health. I can’t say that enough.

This persistance of this issue is quite frankly ludicrous. We are literally running out of public health statistics to throw at it.  Lets put the issue of individual rights and health aside for a moment and focus on the impact this has on the general population.  Up to 760,000 incident TB cases can be attributed to the circular migration of these men (Stuckler, et al) and countless other statistics prove that mining is not only dangerous to individual health but to the community as well. You can actually gauge the extent of mining activity in any sub saharan country based on its incident TB rate in the general population. You can predict where mineworkers primarily migrate from based on the level of widows in the community. Does anyone else find this completely absurd? Can you imagine in the U.S. if there was an industry directly responsible for a disease in the general population? I can say with full confidence that it would not take 107 years for a lawsuit to be won. Remember Andrew Speaker? Probably not, but he was the U.S.’s MDR-TB patient that flew to Europe a few years back to make sure he got to his wedding.  He got on a plane and the entire western society went into hysteria.  He was hit by at least 8 lawsuits that combined for $1.3 million from passengers – none of which were even infected. This happens thousands of times a year in the mining industry, but these men are more infectious and live in cramped, squalid conditions where disease can more easily be transmitted. This is a public health problem of considerable dimension.

The above mentioned paper continues to state, “comprehensiveTB control strategies should explicitly address the role of mining activity and environments in the epidemic.” The general population of South Africa will never overcome their TB epidemic, one of the largest in the world, if nothing is done to stop it at its primary source: the mining industry.  As South Africa’s Minister of Health Dr. Aaron Motsoaledi so eloquently states, “If TB and HIV were a snake, the head would be in South Africa, in the mines. Mineworkers come from all over the subregion to fetch TB and HIV and take it back home. We are exporting TB and HIV.”  Any public health initiative that seeks to lower TB in the general population will be seriously undermined if it fails to address the mining industry’s impact on the epidemic.  We don’t need more statistics, more rhetoric, we need action. If there is any health issue that public health officials can pick and be able to win (and there are only a few of these, mind you), it is lung disease in the mining industry.  The resources are there. The means are there. Its a controlled environment.  The infrastructure to enforce checks and policies are there. Everything is there, already in place.  The past century has been plagued by political and financial decisions that have directly resulted in this epidemic, but this is in no way insurmountable.  Silicosis is an occupational hazard that can be significantly reduced given the political and financial will. Tuberculosis is easily preventable and curable with drugs that have been used for decades. It is increasingly frustrating to think about how absurd this situation is, and how easily steps can be taken to fix it.  These court rulings are examples of the steps we should be taking, and provide some comfort in those of us who are fighting this battle.

But as public health people, what we have to understand is that we don’t just need the public health understanding and realization of this issue. Its there, trust me.  Every public health official with a mother has commented on the issue and damned it to hell and back. We need help. In order to address this we can’t just keep regurgitating numbers and suggestions. We need to understand that this is a multidisciplinary battle that must be approached both politically and legally.  This ruling will not only provide the mineworkers with financial resources to obtain the critical medicines they need, but also further influence policy and action to be taken on this issue. Mines will begin to seriously consider their dust level reduction and TB programs, because quite simply, they wont be able to afford not to anymore. The decisions in this industry have always been made on a financial basis, and allowing mineworkers to sue their employers for direct negligence will directly force the mines to consider this issue. The support of these cases is paramount to overcoming the challenge that lies ahead.