Biogra­phies of the former miners in the filmThey Go to Die: 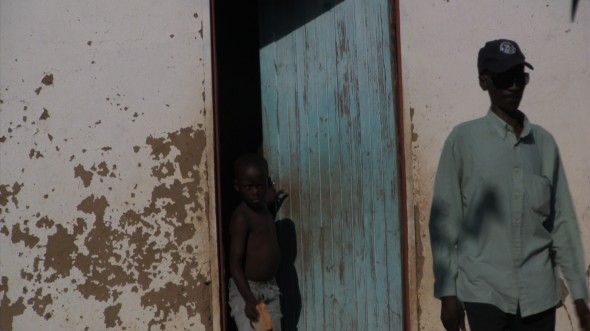 Mr. Mkoko is a tall, gan­gly man with a com­i­cal sense of intrigue.  He was diag­nosed with HIV in 2004 and multi-drug resis­tant tuber­cu­lo­sis (MDR-TB) in 2008.  Shortly after his MDR-TB diag­no­sis, he was released from the mines due to his ill­ness and sent home.  He lives in rural Swazi­land and is too sick to obtain a job, nor are there any avail­able for those in good health.  His wife, a proud Swati woman, works in Mba­bane, which is about a day’s trip away via public transportation. She returns every week­end in order to take care of her hus­band.  And she does this for one sim­ple rea­son: to afford med­ica­tion for a hus­band she adores.  Mr. Mkoko and his wife sup­port his sis­ter and his two sons, ages 7 and 14.  Mr. Mkoko knows the impact he has on his fam­ily and com­mu­nity and has actively explored every way in which he can main­tain his health:  he watches his nutri­tion, attends sup­port groups, and adamantly main­tains treat­ment when he can obtain his pills.  How­ever, Mr. Mkoko has already lived longer than almost any­one with this co-in­fec­tion, and his health is fad­ing quickly regard­less of his efforts. 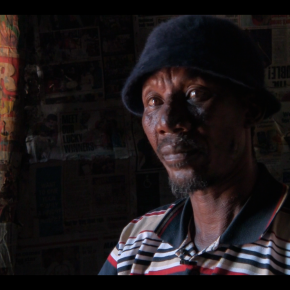 Mr. Sagati lives in an infor­mal set­tle­ment out­side of Car­letonville, South Africa. He has two chil­dren and five grand­chil­dren, all of whom live in the infor­mal set­tle­ment as well. His wife, wed in the East­ern Cape, moved across the coun­try in order to sup­port her hus­band at the mine. Infected with HIV and diag­nosed with MDR-TB in 2008, he spent six months in the iso­la­tion ward of the min­ing hos­pi­tal for treat­ment.  When the mine insisted that he return to work, he explained that he was still too sick to return to phys­i­cal labor.  In return, he was dis­charged from the hos­pi­tal and sent home.  He still cur­rently has MDR-TB but is not receiv­ing treat­ment because his fam­ily can­not gen­er­ate an income.  Despite his situation, Mr. Sagati enjoyed his time work­ing at the mine, a place he has known since 1976. 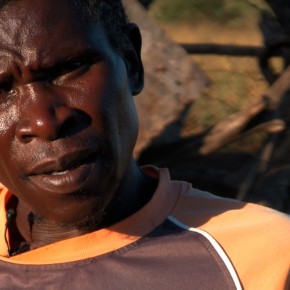 Mr. Ndlaga­mandla a person who simply does not allow his tribulations to quell the laughter and joy he experiences from being with his family. A per­son of con­stant gig­gling, his fam­ily of eleven lives in an extremely remote area of Swazi­land: so remote, many of his fam­ily have never even seen a car in their life­time.  He was released from the mine due to “phthi­sis,” an anti­quated term for the com­bi­na­tion of sil­i­co­sis in the lung and tuber­cu­lo­sis.  He was told that his form of TB is incurable and sent home, deemed “unfit to work.”  The only access to health he has in his region of Swazi­land diag­noses him with TB and begins a crude reg­i­men of chemother­apy.  The health providers at his home, however, have over­looked is that his strain of TB is resis­tant to the very drugs he is tak­ing.  While his health con­tin­ues to fail despite the fact that he maintains his pill treat­ment, he ques­tions why he no longer has the strength to take the evening walks with his family. 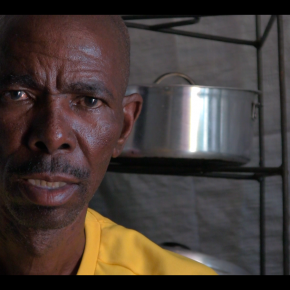 Mr. Mahaba is a Basotho man who lives in an infor­mal set­tle­ment out­side of Car­letonville, South Africa.  He was released from the mines due to TB and HIV in 2008 with no means for treat­ment after release.  With a view of the mine­shaft from the steps of his dwelling, his wife stormed the mine and demanded that the mine give her hus­band proper med­ica­tion.  She was given a week’s worth of med­ica­tion and a por­ridge that she was told to pre­pare for him every day.  His son, a 29 year old man liv­ing in the same set­tle­ment, was promised that he could have his father’s job now that his father has been released.  Know­ing the health effects and dan­gers of the mine all too well, Mr. Mahaba is still eager for his son to begin work so that he will be able to sup­port the family.