The global failure of tuberculosis (TB) programs has reared its head again, and the recent strain of totally drug resistant TB (TDR-TB) has assuredly caught the attention of every TB official around the globe. Instantaneously the murmurs of ‘what are the global implications,’ and ‘what do we do’ have arisen like gossip in a grade school playground.  It has stricken fear into the hearts of men, and threatens to terrorize global public health systems. Soon, it would seem, we will be poised for a biological massacre of poverty-stricken populations.

But this has been happening for decades.

In our deranged world of relative importance, where headlines and catchy names transcend basic public health necessities, it is not terribly surprising that we forget about uncomplicated, drug-susceptible TB. This acronym-less killer is responsible for more deaths on the African continent than any other natural disease, yet is allowed to run rampant throughout poor and forgotten communities. The result of this negligence is hundreds of thousands of deaths each year, but they are hidden in shantytowns and remote villages of the world’s poorest countries. Communities that we continue to turn our backs on.

“We live in a fabricated world where Band-Aid remedies allow the poverty-stricken patients to be out of sight and out of mind. Then when it arises, we carry out our half-hearted attempts to manage drug resistance in TB with baffling stupidity.”

Total resistance to TB has been present for decades, but instead of pathological resistance the culprits are apathetic governments, broken promises, paltry support for R&D, and non-functioning infrastructures that elude accountability. We have seen the resistant-TB hysteria before: first with the emergence of multi-drug resistant TB (MDR-TB), and again with extensively drug resistant TB (XDR-TB). Yet somehow, despite knowing the exact cause in resistance etiology, we manage to continue underfunding essential programs. We dilute accountability. We cut off international aid. We mirror the same ineptitudes that created these drug resistant demons. Inadequate diagnostic capability allows the unrestricted spread of disease, lack of capacity forces clinics to struggle with patient load and drug security, critical support is ignored, and political indifference allows all of this to continue with no accountability.

TDR-TD reinforces my claim that tuberculosis management should be deemed the largest violation of human rights the global health community has ever seen. We live in a fabricated world where Band-Aid remedies allow the poverty-stricken patients to be out of sight and out of mind. Then when it arises, we carry out our half-hearted attempts to manage drug resistance in TB with baffling stupidity. Quarantine policies plagued by limited bed space means that the vast majority of patients remain in the community highly infectious. Forcing patients to trek to centralized clinics creates an insurmountable logistical and financial barrier and localizes the specialized clinicians that should be in the community. Diagnostic systems remain a disaster. Quality of treatment remains a disaster. Drug supply security remains a disaster. Resource allocation remains a disaster. Management of TB remains a tragedy.

This is not to undermine the fact that novel efforts to address existing TDR-, XDR-, and MDR-TB cases are paramount to containing these epidemics – this importance cannot be overstated. Nor can the importance of research and support for new vaccines and better drugs, which need desperate funding and scale up. But today, on the ground, the only solution lies in basic public health. Left gutted, unfunded, and understaffed, TB infrastructures that remain substandard continue to allow countless deaths while hemorrhaging cases of drug resistance into the surviving population. Trial after trial, human rights based, patient-centered approaches to TB care have been shown to have tremendously positive results. Yet these successful programs, such as MSF’s work in Khayelitsha, South Africa, remain inundated with excuses from decision-makers as to why they cannot be replicated.

Given our wealth of technology, it is embarrassing that a curable, treatable disease has become the largest threat to public health systems in our lifetime. We allow 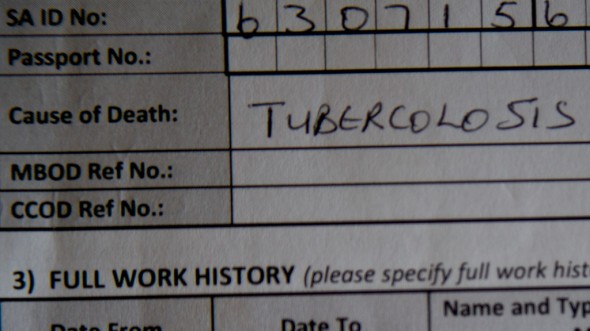 our rhetoric and policies to fail with no repentance, remaining in a pitiful cycle with no signs of change. We fail to recognize that TB has transcended merely a medical disease and is one of poverty that must be addressed appropriately, including full incorporation of human rights. And every few years when a new resistant strain ‘surprises’ us, we pretend that we summon enough momentum for change, but in reality, we make the same mistakes with mind-blowing irrationality.

TDR-TB calls for novel strategies to stem this and other resistant strains, but should highlight how basic public health infrastructure could prevent resistance in the future. As exogenous primary infection of drug resistant TB rises, the world cannot afford to bicker in political offices. Lets put it bluntly: it will take more money, action, support, and far less rhetoric. But with appropriately directed, patient-centered methods, it can indeed be overcome. So lets get to work.