In response to the article titled, “Manitoba woman jailed after stopping tuberculosis treatment.’ Click here for article.
By Jonathan Smith 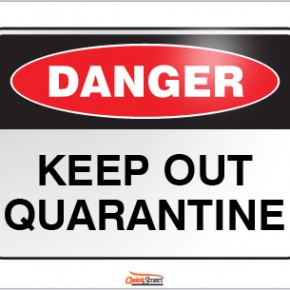 The question of forced quarantine in the context of tuberculosis makes for a lively discussion amongst us in the human rights arena.  Isolation creates the opportunity to ensure accurate and appropriate treatment, as well as monitor our patients’ safety, recovery, and general well being.  There is, however, an abdication of one’s personal rights in doing so: they give up their personal rights for the greater good of the population.  In most contexts, people will acknowledge their need for quarantine and do so willingly.  But it gets a little hairier when people refuse to give up their rights – when the question of forced quarantine comes in. Canada has recently shown us an exquisite example of how to completely screw this up.

“But the article vilifies her – such as needlessly pointing out that she is a sex worker – which allows the public to become more tolerant of this nonsensical deprivation of human rights. It also makes TB a ‘shady’ or ‘dirty’ disease.”

First off, the article is about a woman who refused her TB treatment in Canada.  This is a context where isolation, even forced isolation, makes perfect sense. It is an isolated case in an otherwise ‘unexposed’ population, and with a woman who is refusing treatment.  Most normal human beings will agree that this woman poses a threat to public health, and is a classic example of ‘public health over human rights.’ (that age-old debate). However, Canada’s province of Manitoba has a health act that allows the health officials to obtain a court order that places individuals such as this woman in jail.  When did jail come into the picture? What criminal act has she done? There is a vast difference between jail and forced quarantine.

Jailing unnecessarily deprives her of other basic human rights, such as watching TV or eating what she wants, and makes little or no sense as a public health measure.  But the article vilifies her – such as needlessly pointing out that she is a sex worker – which allows the public to become more tolerant of this nonsensical deprivation of human rights. It also makes TB a ‘shady’ or ‘dirty’ disease. Someone with TB that works in an office may pose the same risk to his or her colleagues; TB is in no way a sexually transmitted disease.  But she is instantly perceived as a social deviant and that allows many of us to assume it is ‘ok’ that she is jailed.  This is an incorrect thought process.

Why not forcibly quarantine her in a medical facility, where the vast majority of her rights will still be respected? She could even leave the facility under supervision (the risk of transmitting TB severely decreases after a few weeks of treatment).  Why not accommodate her needs and rights? Why not take a patient centered approach to her treatment, even if forcibly quarantined, instead of jailing her? Jailing will only push her away, enrage her, and galvanize her resolve not to finish treatment.  At least, thats what it would do to me.

A patient centered approach and forced quarantine are not mutually exclusive. Once we start associating criminalization with naturally-acquired disease, we are on the wrong path.  She is a patient, not a criminal. And a patient-centered approach is what we need in this case.

The odd paradox here is that this IS an isolated case, so we have more than enough means to tailer the treatment around her needs.  Even the most belligerent, hard headed person (which other accounts described her as) deserves to have her rights respected.